Our Practice in Los Angeles

A Century of Modern Eye Care

We inspire trust and confidence through innovative and exemplary services—always with a personable, caring attitude.

See life a little differently when you book your appointment today!

A Legacy of Care

Our office opened in 1921 in the Civic Center area of Downtown Los Angeles, commonly known as Little Tokyo. The practice was established by Dr. Arthur Kenzo Sugino, the first Japanese optometrist in the United States.

Dr. Kenzo Sugino was succeeded by his son, Dr. Arthur Tatsu Sugino, who passed away in a single-engine private plane accident along with his wife, Ruth, and their 4 children on June 26, 1966. At the request of his surviving family, the practice was continued by Dr. Rodger T. Kame. It was later named The Los Angeles EyeCare Optometry Group.

Dr. Kame continued the practice for 34 more years until his passing in 2000 from renal cancer. His legacy lives on in his son, Dr. Gregory Y. Kame, who continues the tradition of excellence in eye care, which started in historic downtown Los Angeles nearly 100 years ago.

Today, we’ve partnered with Total Vision to bring our patients an unparalleled level of service. Total Vision is California’s leading Optometric network, and with their help, we get access to our state’s leading eye technologies, tools, and minds. Our commitment is to your eyes—from how you see to how you look.

Meet the experienced doctors and staff on your eye care team. They’ll welcome you to our office and provide you with comprehensive eye care in a friendly atmosphere.

If you have any questions or concerns about your appointment, browse our website or give us a call today. We’ll be happy to help bring clarity to your eye care process. 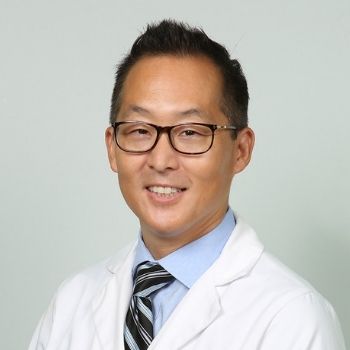 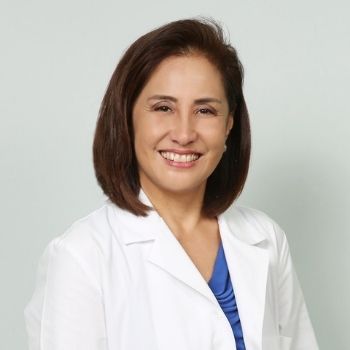 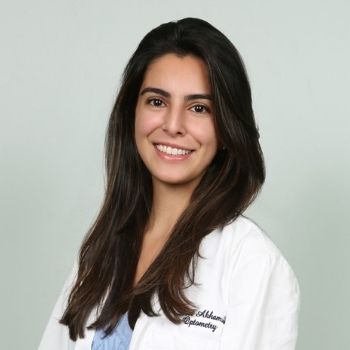 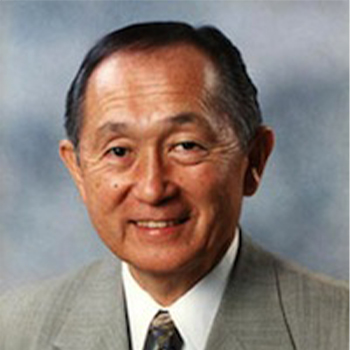 Doctor Greg Kame received his Bachelor of Science degree from the University of California at Irvine in 1995. He then graduated in 1999 from the Southern California College of Optometry, where his father graduated 37 years earlier.

Dr. Kame is a fellow of the prestigious American Academy of Optometry. He served on the California State Board of Optometry, accepting 1 of only 6 professional positions appointed by the Governor of California. He is a past president of the Asian American Optometric Society and has served many years on its board. He currently serves as one of its trustees.

Dr. Kame serves as past president of the Alumni Association Board at the Southern California College of Optometry. He has served many years on its board as a director and vice-president. He is treasurer and secretary of the nationally renowned contact lens group called the Society of Contact Lens Specialists. Dr. Kame is the secretary of the Optometric Consultants in contact lenses.

Dr. Kame is also a member of the Los Angeles County Optometric Society, California Optometric Association, Asian American Optometric Society, and American Optometric Association. Dr. Kame has served on the National Professional Advisory Panel coordinated by Vistakon, a division of Johnson & Johnson Vision Care Inc. He is also a clinical examiner and grader for the National Board of Examiners in Optometry (NBEO). The NBEO is a nationwide clinical exam that graduating optometric students must pass to obtain their practicing license.

Dr. Kame is glaucoma certified and is licensed in the use of diagnostic and therapeutic pharmaceutical agents. He treats eye diseases and conditions like pink eye, corneal ulcers, conjunctivitis, herpes, keratitis, and bacterial infections. He has had extensive clinical experience at Nellis Air Force Base Veterans Hospital in Nevada, the Optometric Center of Los Angeles, the Optometric Center of Fullerton, and the West Los Angeles Veterans Hospital.

Dr. Kame’s goal is to continue the tradition of excellent, innovative, cutting-edge eye care his father provided for his extended family of patients for 38 years. His office continues to participate in pharmaceutical, medical, and ocular research studies.

Dr. Kame is an avid golf and basketball player. He is married to Anna S. Kame, an optometrist who works near their home in Orange County. They have 4 children named Kaitlyn, Brooklyn, Lucas, and Avery. In honor of Dr. Greg Kame’s father, the late Dr. Rodger Toshio Kame, Lucas was given the middle name Toshio.

Dr. Matsuda received her undergraduate degree from the University of California at Los Angeles and went on to graduate with distinction from Southern California College of Optometry in 1990. During her junior year at UCLA, she volunteered at the Jules Stein Eye Institute for Dr. Barry Weissman, who was a diplomat in the cornea and contact lens section of the American Academy of Optometry and taught contact lens fitting to UCLA medical students. This experience solidified her decision to pursue a career in optometry. While attending SCCO, she was a member of the Omega Epsilon Phi Optometric Fraternity, serving as its president and fundraising chair, and the Beta Sigma Kapa Fraternity, where she served as vice-president.  She served on the Student Association Board as the director of community health and organized and oversaw community health screenings and blood drives. She also joined the yearbook staff and worked as a vision therapy assistant for Dr. Julie Ryan. During her undergraduate and graduate degrees, she worked as an optometric technician for Dr. Rodger Kame, a diplomat in the cornea and contact lens section of the AAO, and an adjunct professor at SCCO, who served as her mentor and influenced how she practices to this day. She received the Asian American Optometric Society Award, the SOLA/Barnes Hind Student Recognition Award, and was 1 of 14 students selected for Who’s Who Among Students in American Universities and Colleges.

Dr. Matsuda is a past president of the Asian American Optometric Society, California’s largest Optometric Society. She became a fellow of the American Academy of Optometry (FAAO), following an arduous qualifying process. To become a fellow, one is required to write clinical case reports and publish papers in referenced journals and meet stringent professional standards.  A final oral examination requirement is required. Upon successfully completing the oral examination, one is then awarded the fellow status. Only 10% of Optometrists ever become a fellow of the Academy. She is glaucoma certified and is licensed in the use of diagnostic and therapeutic pharmaceutical agents.

Dr. Matsuda has served as co-investigator in many contact lens studies, including contact lens material/designs, multipurpose disinfecting solutions, and ophthalmic medication. She has published several articles, including her senior research project advised by Dr. Rodger Kame, which was published in the prestigious American Academy of Optometry journal, Optometry and Vision Science.

Dr. Matsuda and her husband, Doug Kato, have 2 children: Halli and Kyle.

Dr. Matsuda’s interests include baking, crafts, quilting, walking, gardening, and competitive hula dancing.  She danced the hula because her mom was a dancer, and her daughter Halli followed in their footsteps. Her most recent endeavors are planting a Japanese garden and baking “naked cakes” for staff birthdays.

Dr. Desireh Akhamzadeh, known as Dr. Desi by most, was born and raised in the West Los Angeles area. She received her Bachelor of Arts degree from the University of California, Los Angeles, in 2012. During her undergraduate career, Dr. Desi worked as a vision therapist. This experience ultimately solidified her decision to pursue a career in optometry. She went on to complete her optometry training at the Southern California College of Optometry at Marshall B. Ketchum University, graduating in 2016.

Upon completing residency, Dr. Desi was offered the privilege of serving as adjunct clinical faculty for the Southern California College of Optometry. She currently serves as a clinical preceptor to fourth-year optometry students at Marshall B. Ketchum University’s clinic, University Eye Center in Los Angeles.

Dr. Desi is a fellow of the American Academy of Optometry and serves on the board of the Los Angeles County Optometric Society. She is a member of the College of Optometrists in Vision Development and the California Optometric Association.

Dr. Desi is glaucoma certified and is licensed in the use of diagnostic and therapeutic pharmaceutical agents. Her passions include diagnosing and managing pediatric and adult strabismus, amblyopia, and binocular vision conditions. During her residency, she served as an associate investigator for the Pediatric Eye Disease Investigator Group, a collaborative group of optometrists and ophthalmologists dedicated to answering important clinical questions through clinical trials.

Dr. Desi enjoys serving the community and continuing the tradition of excellent patient care as part of the Los Angeles Eyecare Optometry Group. In her spare time, she enjoys painting, hiking, cycling, drinking boba, and spending time with her friends and family.

He served in the United States Air Force as a 1st Lieutenant in the Biomedical Science Corps as an optometrist from 1962 to 1965. In 1965, he was honorably discharged from service. Then in 1966, he accepted the opportunity to continue the practice left by Dr. Art Sugino.

Since 1971, he has served on the faculty of his alma mater of SCCO as an adjunct associate professor. He was a member of the board of trustees for SCCO for the past 6 years and most recently served as a member of its executive committee. Before his passing, he was elected to be the next chairman of the Board of Trustees. In 1975, he served as president of the Los Angeles County Optometric Society, the country’s largest optometric organization. He was the 1993–94 chairman of the Optometric Association and the 1987–89 chairman of the American Academy of Optometry’s section on cornea and contact lenses, one of only 2 individuals to have served both positions.

Dr. Kame gained international prominence for his clinical and professional contributions, having published over 50 articles, papers, and chapters for journals and textbooks, including some original discoveries. He was the “inventor” of the idea behind disposable soft contact lenses. He presented more than 250 lectures worldwide.

In May of 1999, Dr. Kame was unanimously voted by the Class of 1999 to be its commencement speaker at their graduation. His address was entitled, “Class of 1999—Bridging Two Centuries of Optometry.” Dr. Kame was also given the opportunity to “hood” his son, Gregory, at the graduation ceremony.

Dr. Kame underwent surgery in October 1999 to remove his right kidney, which contained a malignant tumor. He underwent many sessions of chemotherapy and radiation over the next 8 months. Cancer eventually spread from his kidney to his spine and finally to his lungs. Dr. Kame’s valiant battle with cancer ended the morning of July 11, 2000.

A few weeks before his passing, Dr. Kame wrote a farewell letter expressing his gratitude towards his patients. It was a letter designed to be sent out to his patients if his health took a turn for the worse. We all hoped the letter would not have to be mailed. Unfortunately, the letter was sent out a few days after his passing.

Dr. Kame was able to witness the marriage of his second son, Gregory, to Anna Sun on Father’s Day, June 18, 2000, at the family’s church in West Los Angeles. He signed the marriage license certificate as a witness.

Where to Find Us

Our practice is located in downtown Los Angeles in Little Tokyo, right across the street from Japanese Village Plaza.

We validate and pay for parking during your visit.

The path towards clear, comfortable vision starts with an eye exam. Learn about our process today.

Taking care of your child’s sight is easier with the help of our team and knowledge. Preserve your child’s gift of vision today.

Contact lenses are a fantastic way to broaden your eyewear options without sacrificing the quality and comfort of your vision. Learn more about contacts today.

Eye diseases can develop for several reasons, but we have the tools and experience you need to manage your eye health and preserve your sight. 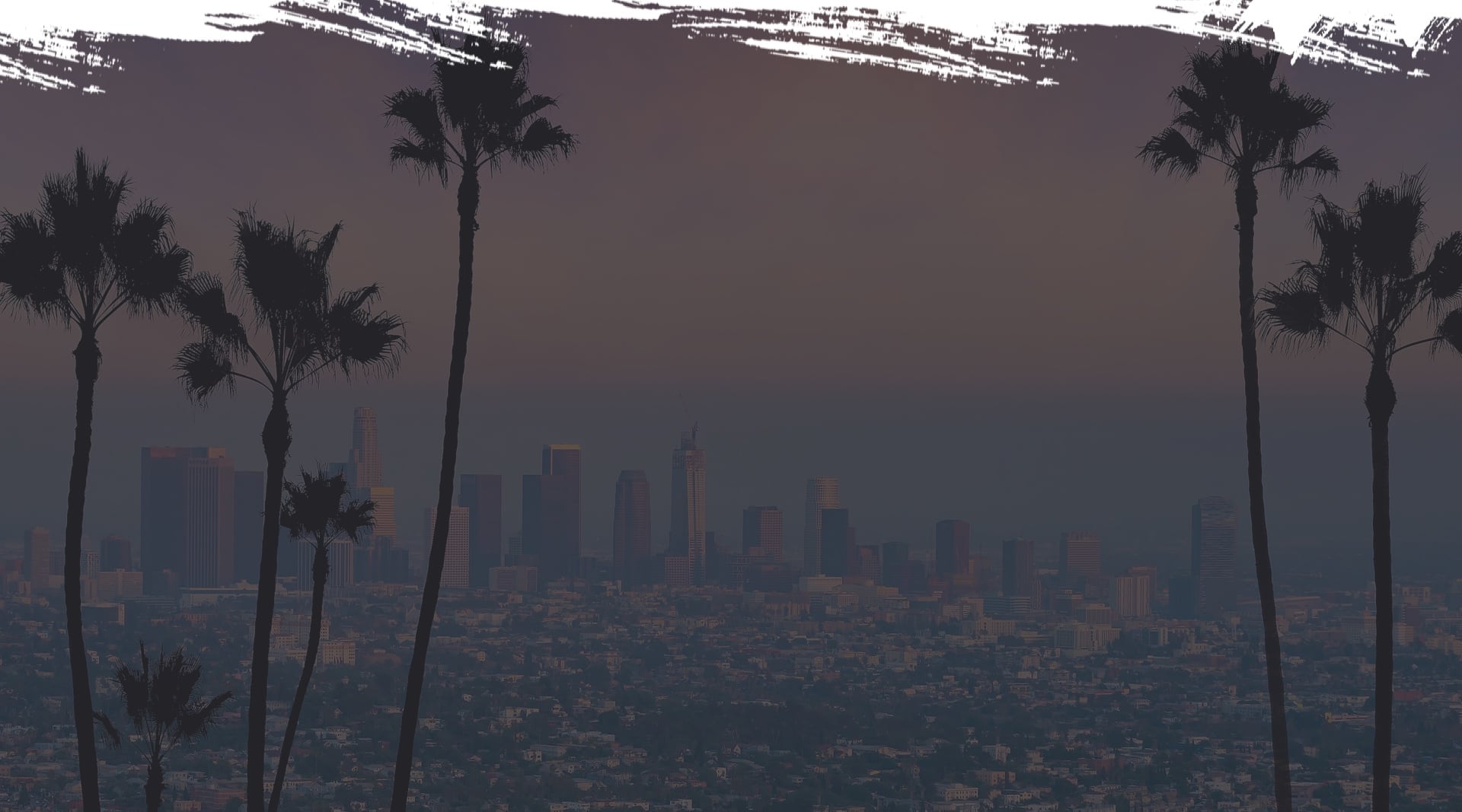 View Our Reviews
Leave a Review

Age-related macular degeneration, or AMD, is cause

Can you believe we’re already at the end of the

Zooey Deschanel is known for her quirky a-dork-abl